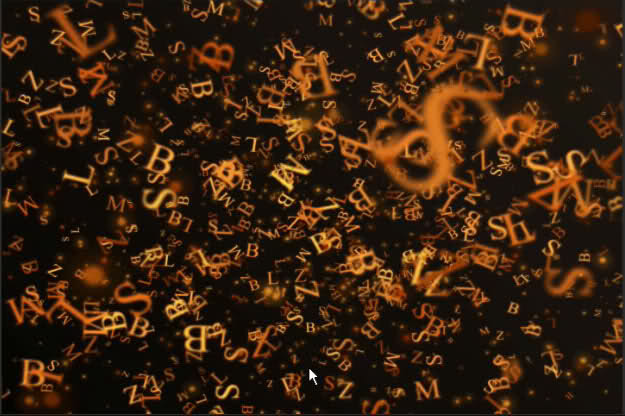 As a blind person, spelling has always been a challenge. Now compact that with the fact that I don’t know braille, and that 90 percent of my education is based on auditory input!

When I was young, I had a best I am a very stubborn person and, on this particular Saturday after finishing from Islamic school which we used to attend, we were sitting on the steps of the mosque waiting for our families to come pick us up. Of course we were arguing. Selma and I always used to argue. We were sitting outside when we started to discuss a brand of chapstick that was popular those days. I should have really known better that spelling was (and still is) my weakness.

The argument started out simply, “Selma, I’m pretty sure it’s called ‘Snackers.’  The chapstick is supposed to taste like snacks! Like peaches and raspberry and bubble gum!” I confided in her, positive I was right.
“Mona, no! They are obviously called ‘Smackers’ for the fact that you place them on your lips and SMACK!”

This argument lasted a good half hour, both of us stubbornly sticking to our positions, until we deiced to check it out when we got home (this was back in the days when we didn’t have smart phones). Of course, she was right — as usual—  regarding spelling arguments. She was always a stickler for spelling. Growing up she sat me down and specifically went through spelling her long last name so I would know it for life. She continued to quiz me on it until I was well into my high school years. She even quizzes me now!

When I got into Wellesley College, I was so excited; I was sharing the news with friends and family when it was pointed out that I had been spelling it wrong! The name of my school was not spelled “Wesley,” but “Wellesley.”  The person who pointed it out to me did not have English as his first language…

As you can see, my relationship with spelling has always been tense. It was not even until last year that I learned that “cite” and “sight” were spelled differently, for I thought you used your sight to cite, so cite should have been spelled as sight.

You can imagine what happened to my brain when I first heard Richard Lederer’s “A Bazaar Tail”:

One night a knight on a hoarse horse
Rode out upon a road.
This male wore mail for war and would
Explore a wood that glowed.

His tale I’ll tell from head to tail.
I’ll write his rite up right.
A hidden site our hero found,
A sight that I shall cite.

With woe he shouted, “Whoa!” as rain
Without a break did reign.
To brake, he pulled the rein, and like
a shattered pane, felt pain.

The poor knight met a witch which made
Sweat pour from every pore.
He’d never seen a scene like that.
His sore heart couldn’t soar.

Then they a game for truffles played,
In which he mined her mind.
To prove who was the better bettor
And find who should be fined.

He won one twice, he won two, too.
To grate on her felt great.
To wrest the rest, he went for four,
And, at the fore, ate eight.

Due to her loss, the mourning witch,
’Midst morning mist and dew,
Her truffles missed. I know no way,
Do I, to weigh her rue.

The razed field raised out brave knight’s fear,
As a swarm of scared fleas flees.
He heard a herd of dear deer pray
The pleas of prey: „Please, please.“

A grisly grizzly bear, all bare,
and a hare that had no hair
And a foul fowl bawled that they were bald.
In their pink skins stood there.

The knight did see a blue whale wail
As it blew out plumes of sea.
„Yoo hoo, you who come riding here,
Please hear and pity me.“

Our knight began to reel, for real,
The world whirled, so to speak.
All days of the week his sole soul felt
The dizzy daze of the weak.

Our heir to knighthood gave it up.
He felt the fare not fair.
His wholly holy sword soared up
As he threw it through the air.

The bell has tolled, I’m told. The hour
To end our tale draws nigh.
Without ado, I bid adieu,
So by your leave, bye-bye.